The mountains of Arran: a landscape of wonder within reach 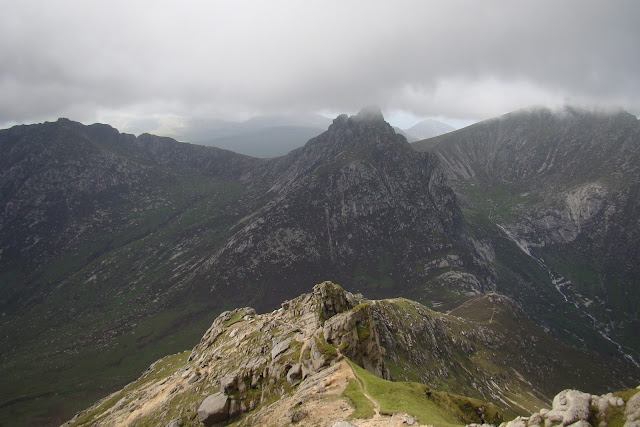 "My place above every other place
to be on your high shoulder-blades
striving with your rocky great grey throat"
The Cuillin, Sorley MacLean

The beginnings play out the familiar rhythms of the start to a day in the mountains. Shaking off car park lethargy with a steep - initially conifer-shrouded - ascent, cresting to a suddenly wide-screen terrain, taking in the always wonder-capturing first vista with heavy breath then a washing-over of the stoic reserves required for the upward progression to the initial peak.

The rising rock-scape in question is Goat Fell, at 874 metres the highest point of the mountain range that bosses the northern half of the Island of Arran, a hypereal mirage of jagged horizons seen across the Firth of Clyde from the drab mainland reality of the port of Ardrossan and post-industrial North Ayrshire (post-industrial being, of course, a bogus alias for places - and people - that have been used, spat out and apparently no longer matter). 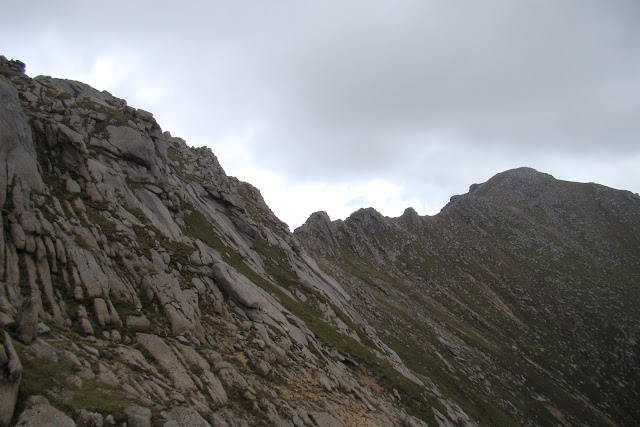 For once the opportunity had arisen to pass over the usual horse-shoe circular movement in favour of a less predictable linear upland journey: ten miles or so of high level tramp from the Victorian Laird-land of Brodick Castle to the sheltered bay of Lochranza on the northern coast (famous as the landing point of Robert the Bruce on his return to Scotland in 1306 and as a site of the geologically important Hutton's Unconformity)  A clear forecast after several dreich days means that the climb to Goat Fell is well populated in both directions. Up and over and the descent to the exposed ridge of Stacach sees the masses dwindle to the occasional fellow wayfarers, then a morphing into a facsimile (for it is nothing more) of wilderness, with no sightings of a human being in the final three hours of the walk. 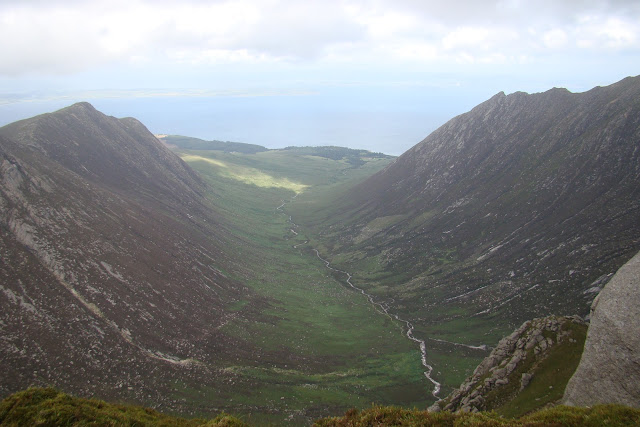 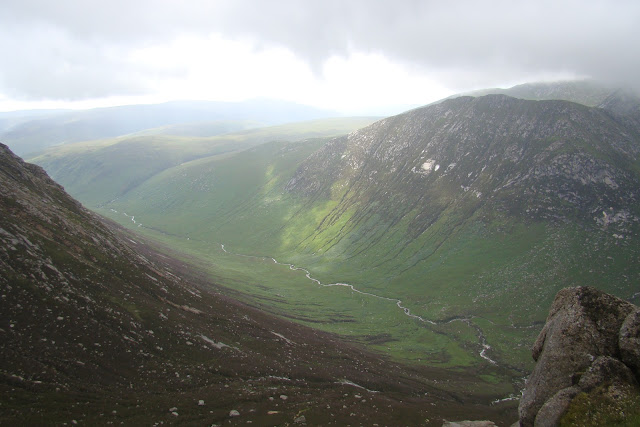 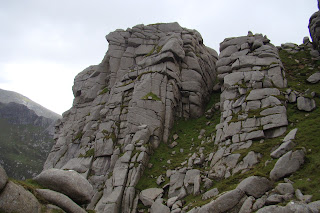 Picking a route down to the dispiritingly low pass of The Saddle and Geography lesson perfect glaciated valleys fan in all directions. Looming ahead and then above is the seemingly unbreachable massif of Cir Mhor ('big comb' due to its resemblance to a cockscomb, the crest of a domestic cock). The thin line of a path up the mountain-side traced from afar is now out of sight. The unlikely smallness of the gravel track commencement of the climb requires faith and experience to envisage it as a way to scale the looming heights. After the so-so summit of Goat Fell (the highest point of a range is rarely the most memorable), Cir Mhor is a revelation of a mountain; the apex of an X-shaped quartet of ridges. A high terrain that seems more Pyrenees or Dolomite than Scottish Highland, with light grey granite tors resembling massive Inca walls (or perhaps a pneumatic Dartmoor): the Andean ambiance bringing to mind the opening scene of Werner Herzog's Aguirre, The Wrath of God, a caravan of conquistadors and their Queshua slaves descending a mist-shrouded Huayna Picchu on their doomed search for El Dorado. 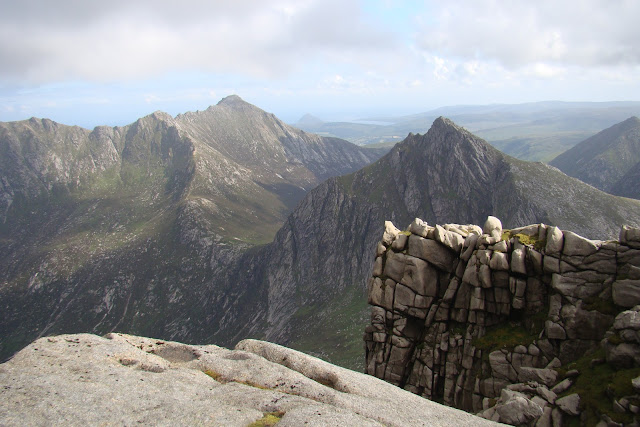 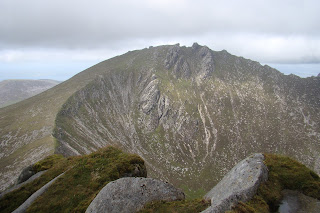 Looking back from the curva-like ridge approaching the final peak of the day, Caisteal Abhail, and the dragon's back route from Goat Fell appears in sharp relief. Atop and gazing in the opposite direction and the day's destination, Lochranza, appears for the first time; a balm for heavy legs but a hazy blue horizon still four miles distant.

High-rolling days like these need to be cherished. Not because they represent a tired macho peak-bagging mentality or some nebulous concept of wilderness; its more simple than that: they are a reminder that landscapes of wonder are within reach. 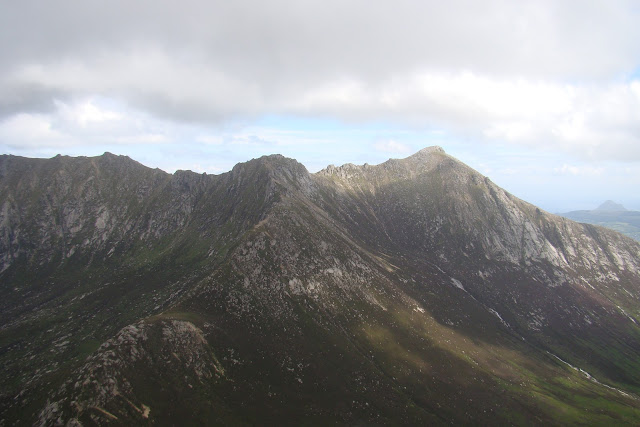 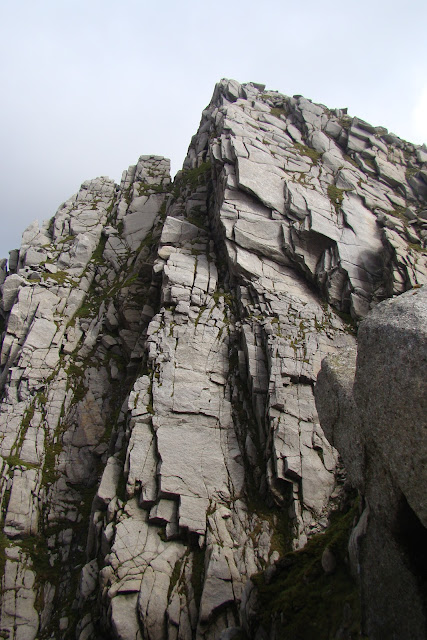