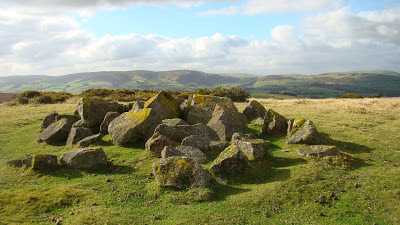 This is the latest in a regular-occasional series of posts on specific landscapes that mean a lot to me, or are new discoveries; after all, interest in the topographical is nothing without a feeling for sense of place: genius loci.


Hergest Ridge in north east Herefordshire forms part of a belt of modest upland outliers that pockmark the borderlands of the Welsh Marches; seemingly created specifically to provide viewing platforms over the orderly and settled lowlands that drift eastwards into the English Midlands and the terra incognita of the mountain country of Wales to the west. Its modest 400 metres affording endless horizons and dramatic skyscapes in every direction. To further cement the feeling of transition, the actual England-Wales border tracks the line of the ridge from a safe distance and then, without warning, cuts right through it; leaving you wondering whether this line on the map was created by violence or cooperative compromise. 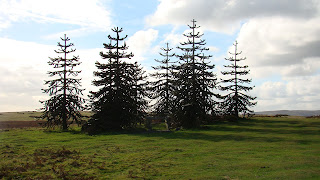 Traversing the three miles of the ridge relict features of past human activity ghost in and out of your stride: a nineteenth century racecourse, the foundations of World War Two gun emplacements, a prehistoric boulder - the Whet Stone, and an incongruous clump of monkey puzzle trees.

And, had you been taking in this scene in 1974, a quiet, long-haired figure intently controlling a model glider may have caught your gaze. Fresh from the huge popularity of Tubular Bells and ill at ease with sudden fame, Mike Oldfield had retreated to a house called The Beacon overlooking the ridge, and from there drew inspiration for his album named after the hill, Hergest Ridge and its follow-up Ommadawn. In the sleeve notes to the 2010 CD re-release of Hergest Ridge, Oldfield comments:

"In front of my house was a beautiful, long, ridged hill called Hergest Ridge, which had a prehistoric boulder called the Whet Stone on top of it. I passed the time at the Beacon building radio controlled model aeroplanes which I used to fly on Hergest Ridge. Flying model Gliders and making music was my salvation at the time...I incorporated all sorts of influences that were drawn from the landscape around me...".Although the album went to No1, Oldfield was unable to escape his earlier monster hit as Tubular Bells returned to replace it shortly after. Images of and from Hergest Ridge, October 2012: 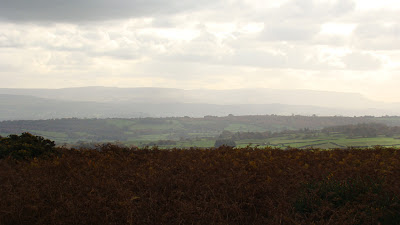 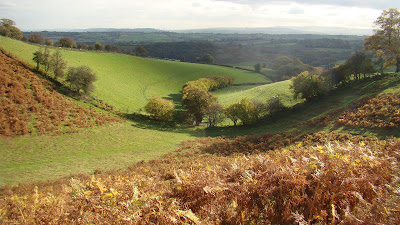 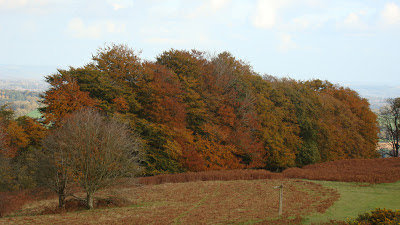 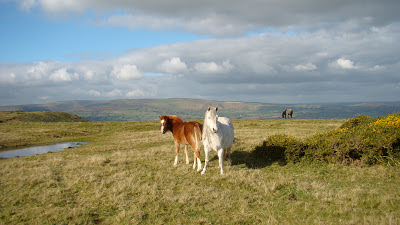 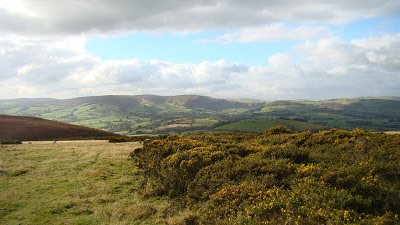 I've signed up to a new and inspiring initiative set up by the Brecon Beacons National Park: the Black Mountains Upland Volunteers scheme.

The idea is a simple one. To train up a network of volunteers who will give as much time as they can (a minimum of 10 days a year) to help maintain the network of recreational paths across the Black Mountains in the east of the National Park; taking part in larger scale upgrade and repair projects, working alongside National Park staff and contractors, but also operating in pairs or alone to carry out on-going smaller scale maintenance. The intention is that volunteers will take responsibility for their own 'patch', as well as working co-operatively with the others in the group, report on work done via an on-line system and generally become self-sufficient. Stores of tools will be kept at a number of locations on local farms around the area. Thus the National Park Authority can focus its limited resources on larger scale strategic projects (with helicopters used to transport in large quantities of stone costing £900 per hour to hire), whilst the wider pathway infrastructure is kept ticking over and in good repair with limited need for full-time staff to be diverted from other tasks.

Last Saturday was the introductory day for the scheme and so I found myself in the good company of 8 like-minded souls and 3 members of the National Park staff, initially for an induction session in Hay-on-Wye Town Hall, and then for an afternoon spent walking a section of the Offa's Dyke National Trail at Hay Bluff in the north-eastern corner of the Black Mountains.

Luckily (and atypically) we had picked a blinder of an autumnal day for our trip up into the hills. Blue skies, no wind and views stretching for miles across the Beacons, mid-Wales and over the Herefordshire lowlands to the Malvern Hills. During the afternoon Richard, Jason and Huw showed us sections of path that had undergone various types of maintenance work; and explained the techniques used to combat the erosion that is an ever-present problem for well-used pathways across the layer of peat that underpins the heather moorland of the Black Mountains. We also tramped across areas where various techniques for regenerating heather, burnt out in the late 1970's, have been tested out. It soon became clear that good drainage is the key to quality paths through a well-balanced upland ecosystem.


Willing volunteers we may be and itching to get started. But understandably, and wisely, we will have several supervised training days over the next couple of months before we are let loose on our own. This will be important, not least because the whole upland massif above the 600 feet contour is scheduled as a Site of Special Scientific Interest (SSSI) and, as such, has significant restrictions and requirements for permission for any work carried out. Additionally, most of the moorland is subject to common grazing rights for local farmers; there are also, therefore, the sometimes vociferous views of the Black Mountains Grazier's Association to take into account. The tensions between recreation, conservation and economic needs are often to the fore in highly valued landscapes; and are here played out in microcosm even in the seemingly straight-forward process of ensuring well-kept paths.


Anyway, I'm looking forward to the challenge and have some homework on upland path maintenance to do.

"The path, winding like silver, trickles on..." (The Path, Edward Thomas).