Monastic ruins as topographical memories. An elegy to landscapes drowned deep in time. 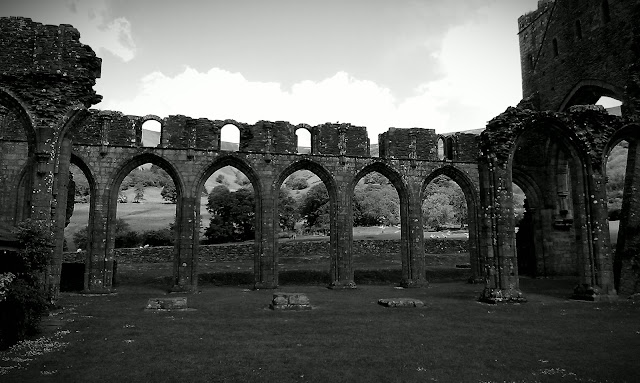 “They emerge in the fields like the peaks of a vanished Atlantis drowned four centuries deep. The gutted cloisters stand uselessly among the furrows and only broken pillars mark the former symmetry of the aisles and ambulatories. Surrounded by elder-flower, with their bases entangled in bracken and blackberry and bridged at their summits with arches and broken spandrels that fly spinning over the tree tops in slender trajectories, the clustering pillars suspend the great empty circumference of a rose-window in the rook-haunted sky. It is as though some tremendous Gregorian chant had been interrupted hundreds of years ago to hang there petrified at its climax ever since.”

Patrick Leigh Fermor on the ruined monasteries of England and Wales "that have remained desolate since the Reformation" (A Time to Keep Silence, 1957).

The Way of the Hollow


The work of something of a topographical supergroup, Holloway, is a collaboration between Adam Scovell (film and direction), Robert Macfarlane (words and voice-over), Richard Skelton (music) and Stanley Donwood (artwork).

Robert Macfarlane describes the films genesis and production on the Caught By The River website; its stylistic debt to Derek Jarman's 1971 Journey to Avebury Super-8 short acknowledged and plain to see.

The film moves across many of the touchstones of the re-imagined sense of landscape and place outlined in my recent Towards a new landscape aesthetic essay. And chances are there will be such a holloway - a secret sunken path - within a few miles of where you are sitting right now, so away into the gloaming and find your own layered and folded place... 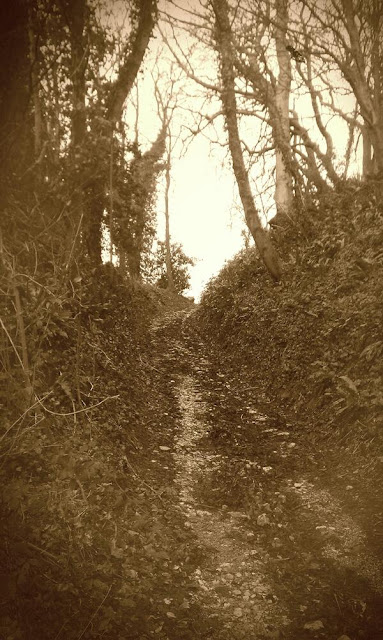 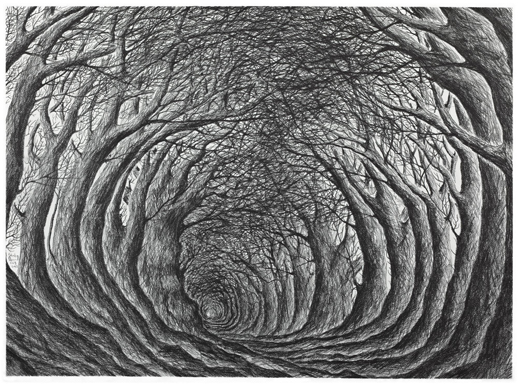