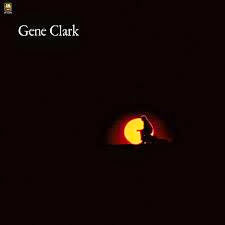 Gene Clark was always the most melodious voice of the many who graced the records of The Byrds. Although Clark's career stuttered after his brief period with the group, and he suffered a - perhaps somewhat inevitable - early death, his legacy is some sublime country-soul music.

The 1971 album White Light is a mellow affair and the CD version includes a mellifluous bonus demo track, Winter In, that I always like to hear at this time of year; an elegiac evocation of a landscape gearing up for the rimy season.

Now the summer is past the grain and the river getting high
It's amazing a month can bring so many things that can get by
The old ways were drowning to the new ones with a sigh
It seems so incredible that sometimes I could cry.

Email ThisBlogThis!Share to TwitterShare to FacebookShare to Pinterest
Labels: music