Where is the (human) life of the fields? 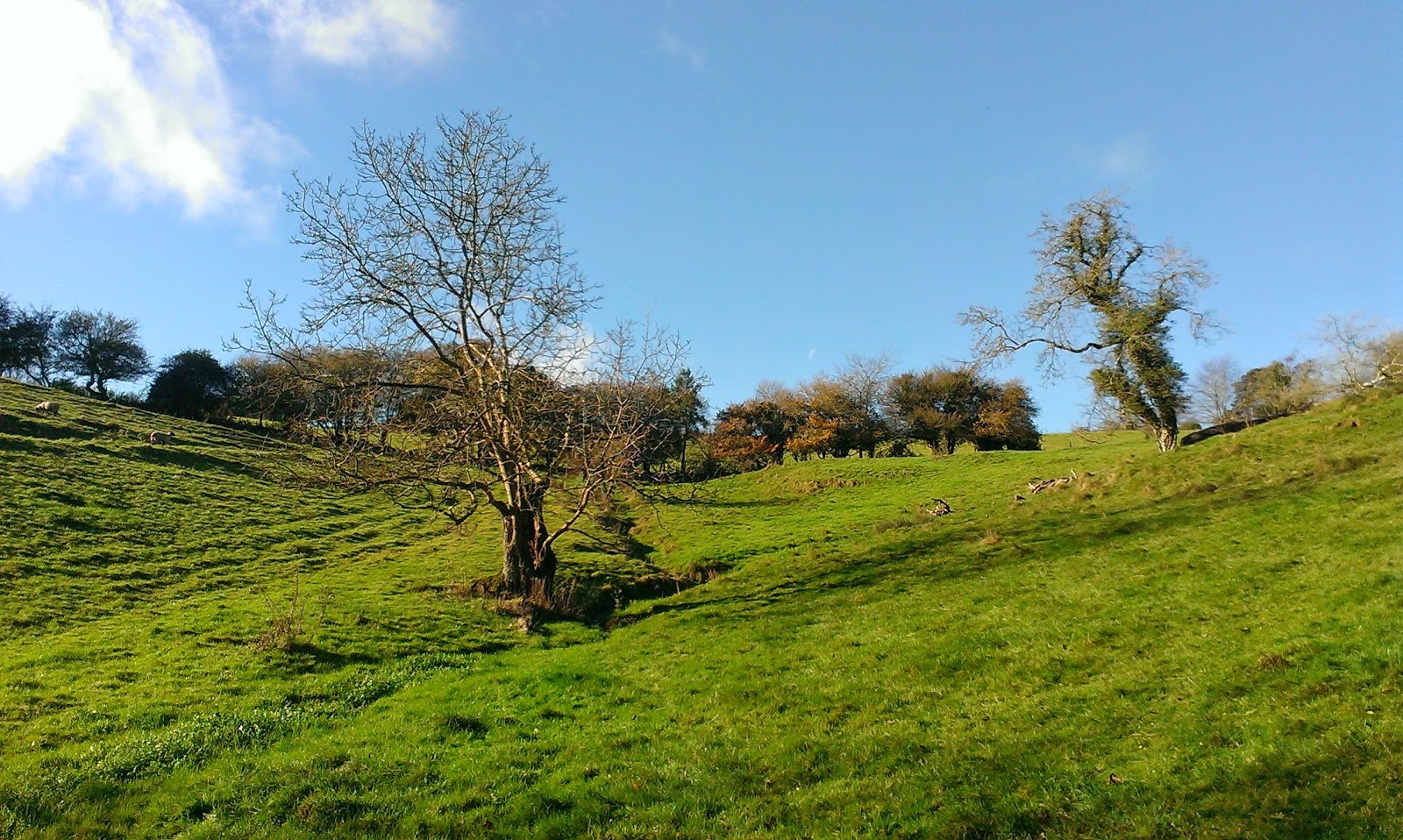 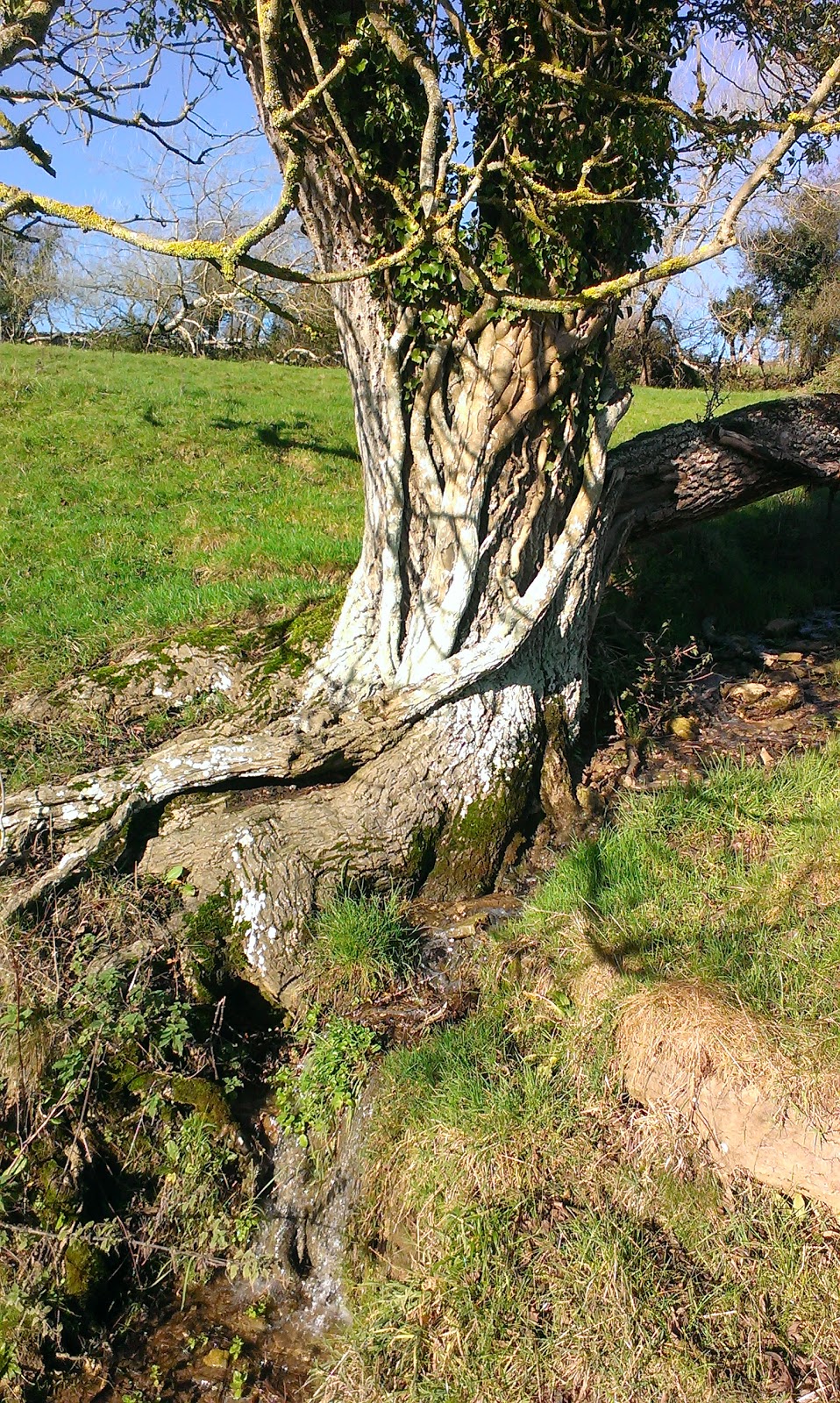 How we, the neo-landless masses, interact with landscapes outside of the narrowly prescribed to and fro of our immediate living, working, leisure and travel environments is something to ponder whilst out on an unshackled walk: even the most lowly cottager of pre-urban society would most likely covet our home comforts but be at a loss to understand how little of the land around us we actually have a stake in through common rights and custom. Such thoughts bring land ownership and legal rights of access into sharp relief, as well as the artificial lines that are often drawn between the rural and the urban. These themes are at the heart of two recent media articles: Prince Charles' comments in Country Life berating the loss of connection between urban dwellers and rural life (apparently unencumbered by the irony of a beneficiary of enormous inherited wealth and estates admonishing the descendants of those driven off the land by poverty or coercion for their lack of understanding of the countryside); and Simon Jenkins' article on threats to the rural landscape as he comes to the end of his term as Chair of the National Trust. In their different ways both seek to reinforce the view that the countryside needs more 'protection' from development and change. This is in many ways an admirable sentiment, as is Jenkins' view, mirroring a current campaign by the Campaign for the Protection of Rural England, that the pressures on the housing market should be primarily met by developing brownfield and derelict sites in urban areas.

However, in seeking to preserve the rural landscape in idealised form there is a danger that it becomes an ossified version of itself; notwithstanding the fact that efforts to defend and conserve landscapes in this way, through designation, campaigning, management schemes and so on, necessarily have to focus on those deemed to be of most value, thereby leaving swathes of less heralded countryside at the mercy of intensified agri-business and mission creep urban infrastructure. The binary problem of a concentrated but spreading urban population, culturally adrift from its high status (and high cost) rural hinterland can only be exacerbated if this is our only response to developers and businesses who see the countryside in terms of pound signs.

Curiously, one of the more optimistic sounding conservation movements of the moment, rewilding, may only add to this problem if followed to its logical extremes (and the rhetoric of some of its advocates seems to be worryingly fundamentalist in tone, with vague exhortations to 'control' human population and immigration). There is certainly significant scope for returning parts of the landscape to a more self-willed natural state - thereby enabling flora and fauna to reestablish a less anthropocene dominated ecological balance. Though rewilding surely has its place, it should be remembered that, in Asa Briggs words "...nature and culture - the latter a word derived from the land - are inextricably entangled in Britain as a whole" and if human engagement with the environment was even more highly concentrated in the urban (and suburban) realm to enable the wild to reassert itself elsewhere then the landscape - and our relationship with it - would be all the poorer. 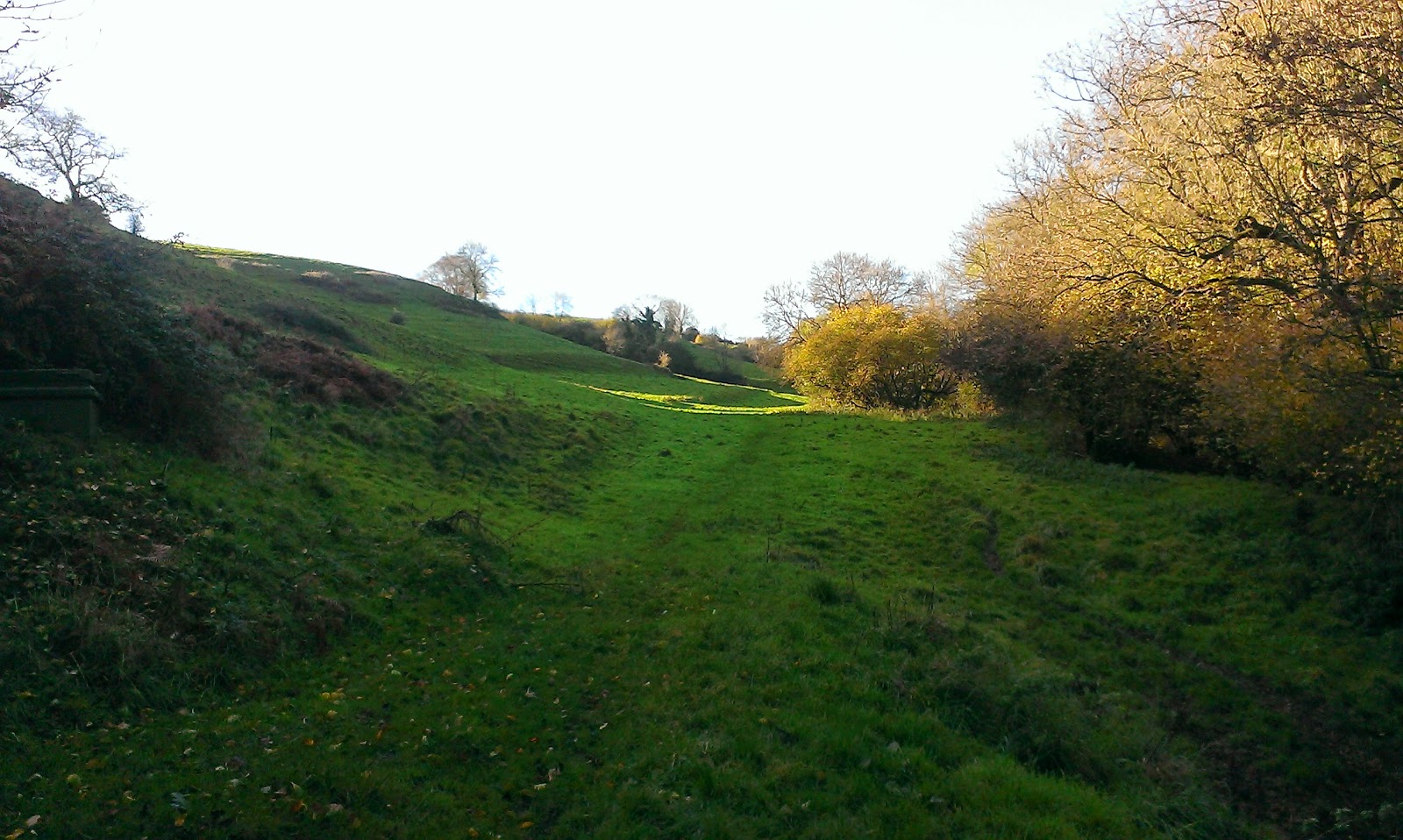 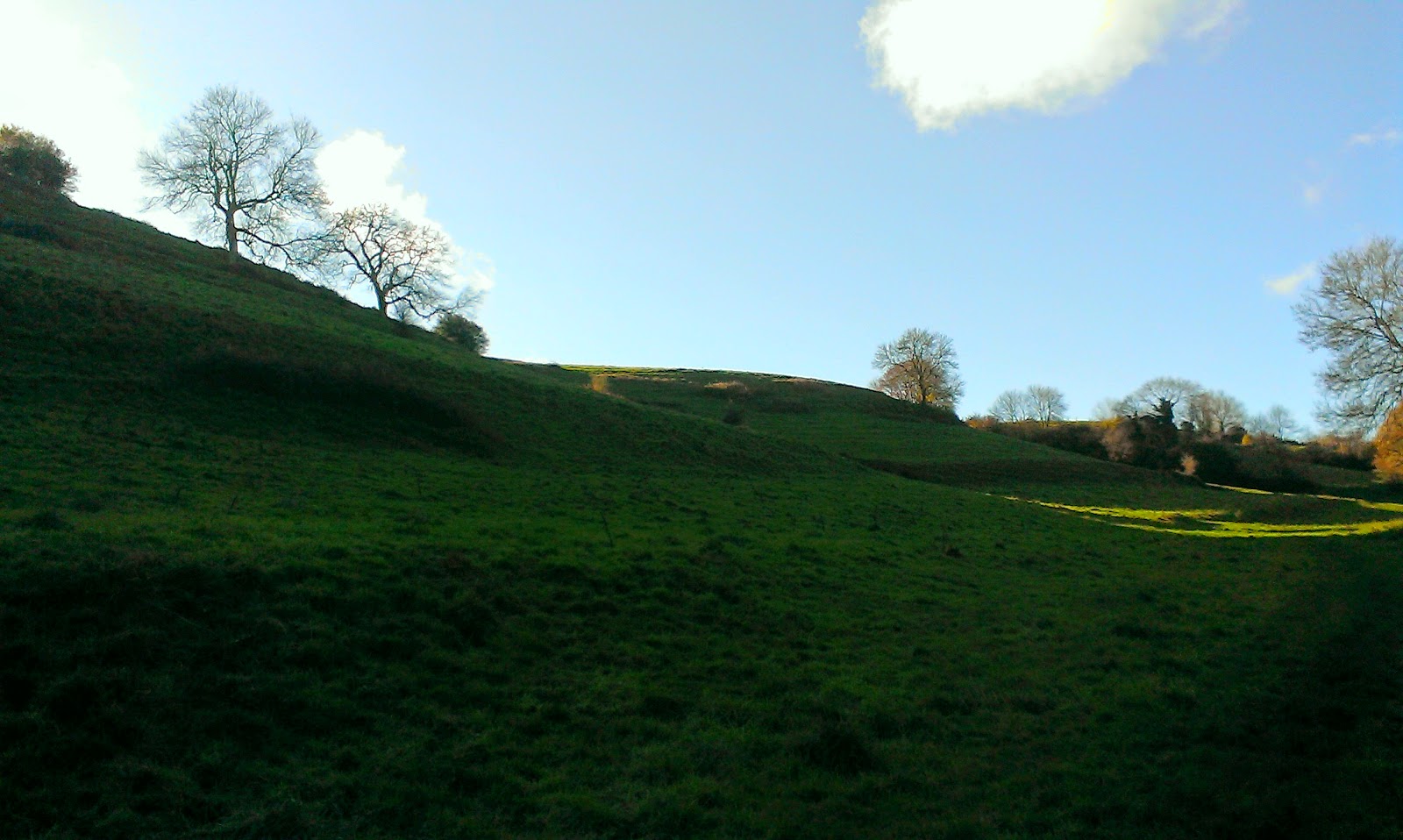 As the images from my recent walk shown here illustrate, much of the rural landscape is remarkably depopulated, like a Hardy-esque scene 'swept by a spectral hand'. This is at odds with the received wisdom of a crowded, densely populated island where it is no longer possible to find space or tranquillity. In fact in pre-modern societies, though the total population was much smaller than today (cities of any significant size having yet to develop) it was more evenly dispersed, with hundreds of residents in even the most remote parish or township; the shouting and unruly swains, shepherds, woodsmen, maids and gypsies of John Clare's poetry-social commentary. Even in Richard Jefferies time, the late nineteenth century, as he traces the course of a spring-born brook through 'the life of the fields' in Wild Life in a Southern County the wildlife and natural history that he observes are in the context of a highly peopled environment - in field, wood, farmstead, hamlet and village. This pattern of settlement, allied to the fact that the majority of the population were engaged in working the land in some way, meant that today's rural backwaters were much busier places. To give an example, on my three mile route along the hushed valleys around Cold Ashton there can be seen grassed over terraced strip lynchets indicating medieval land under the plough, the ruins of a mill and its silted up pond, woodland intensively managed as coppice until recent times, an abandoned farmstead and numerous tracks and holloways that are now verdant footpaths or overgrown but would have been well used thoroughfares. This pattern could be replicated on a similar short walk in pretty much any part of the British Isles (and would in fact be magnified in many upland areas, often haunted by the memories of even more dramatic abandonment and desertion from prehistoric times through to the early modern period).

Does this matter? Is it simply an inevitable consequence of processes steadily advancing ever since the first furnaces of the Industrial Revolution were stoked? 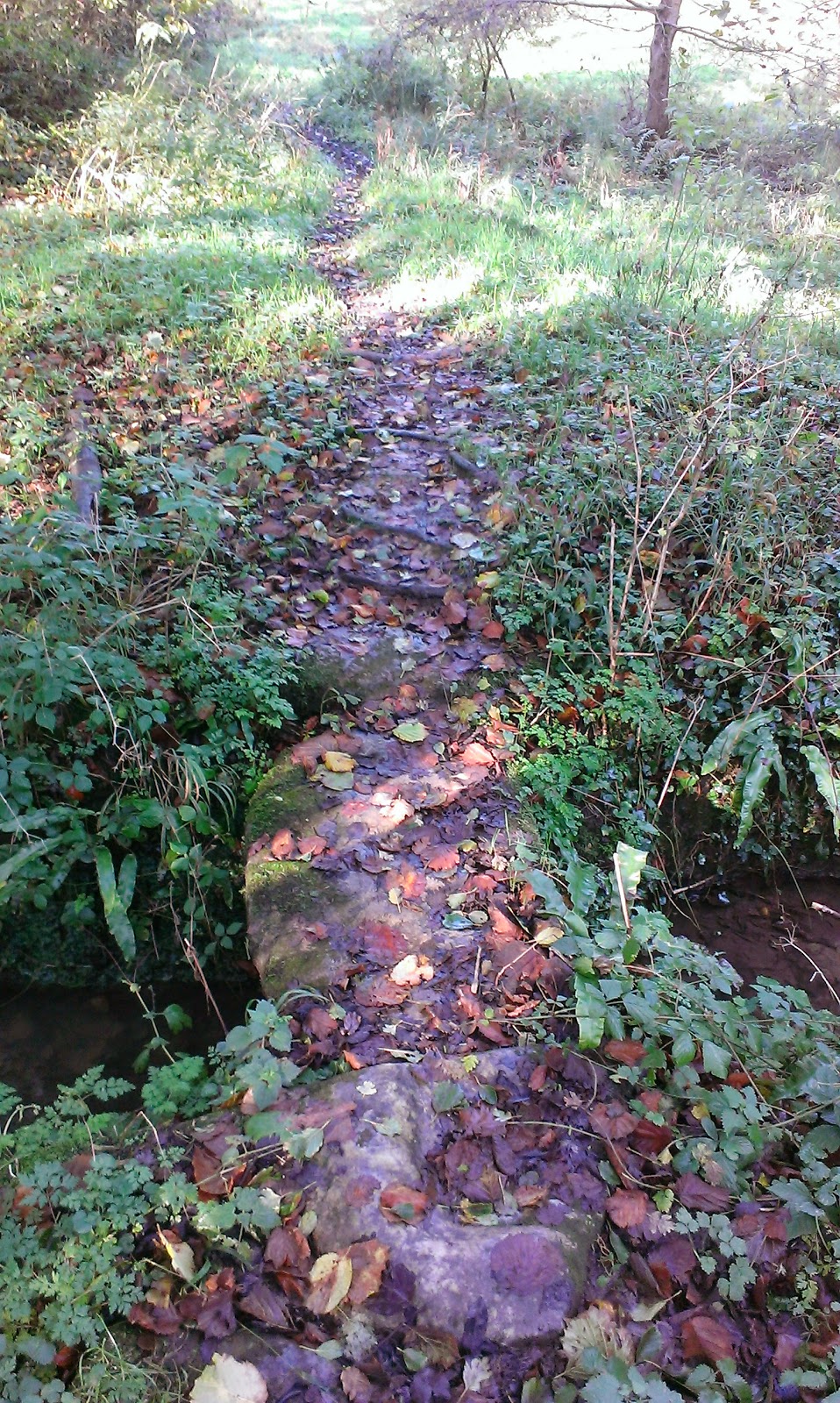 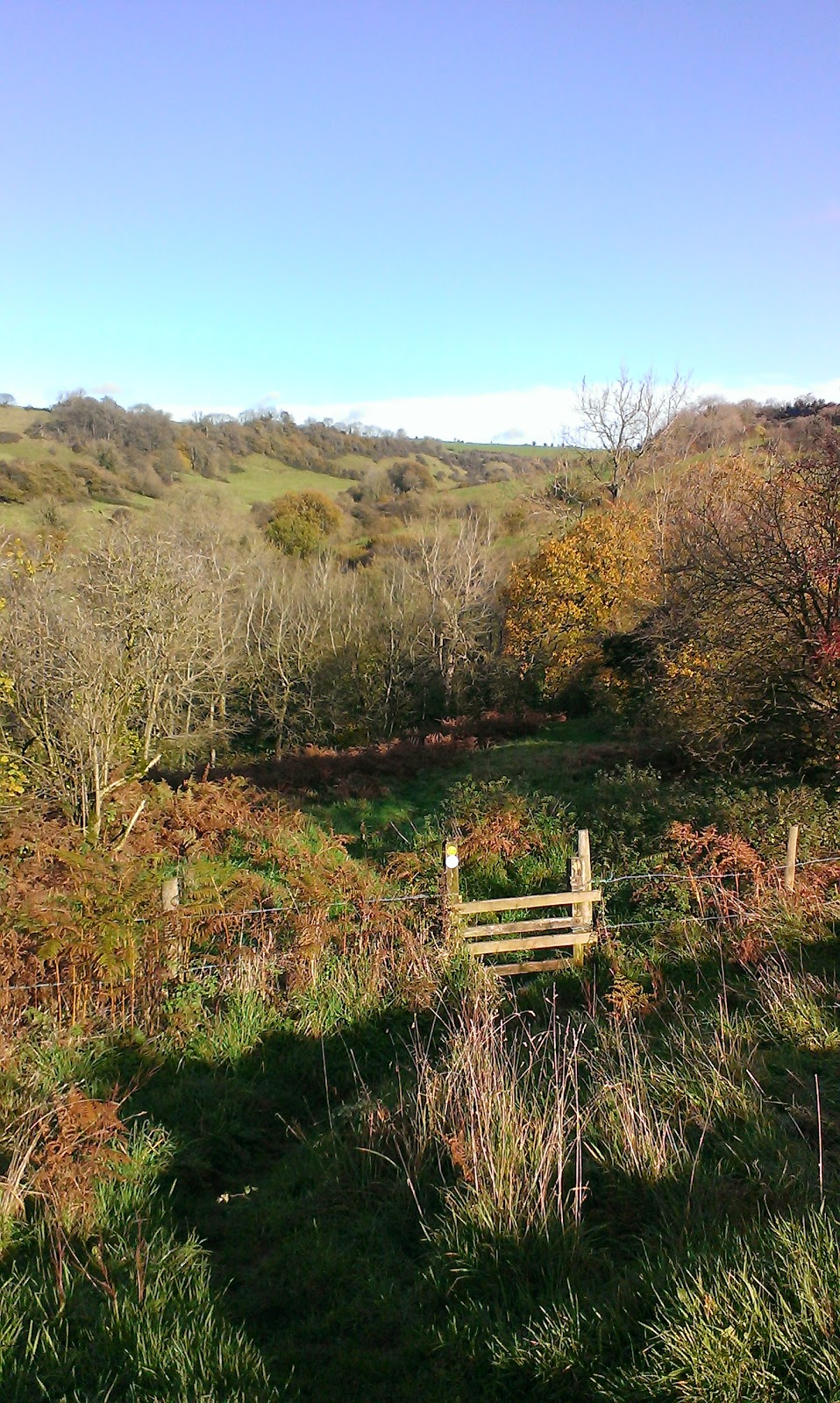 I think, to misuse Rachel Carson's famous phrase, these silent fields do matter. At the conclusion of his treatise on the relationship between the rural and the urban in English literature, The Country & the City, Raymond Williams shines a light on the powerful pressures exerted by capitalism leading to "a simultaneous crisis of overcrowded cities and a depopulating countryside". This remains the nub of the problem; how it can be challenged is the conundrum. Of course I am not advocating a developer's charter to concrete over the countryside, far from it. But perhaps if the concept of 'localism' is to be more than hollow sloganeering then it could be a bulwark to provide room for people, including those from the town looking to renew their links with the land but lacking the City salary or pension to purchase a hobby farm, to re-establish a foothold in the furlong, the coppice, the hillside trod. This means enabling people to build livelihoods, homes and communities in a rural setting, from the bottom up; sometimes this might make, for instance, the Cotswolds look a little scruffier (and upset the coach-bound countryside voyeurs), sometimes it might not work or be unsightly, but what's the alternative? Disconnected populations corralled into brownfield site ghettos whilst the wolf roams a returning wildwood unhindered, in earshot yet far away; and farm managers tend their spreadsheets, a robotic workforce tilling the land. 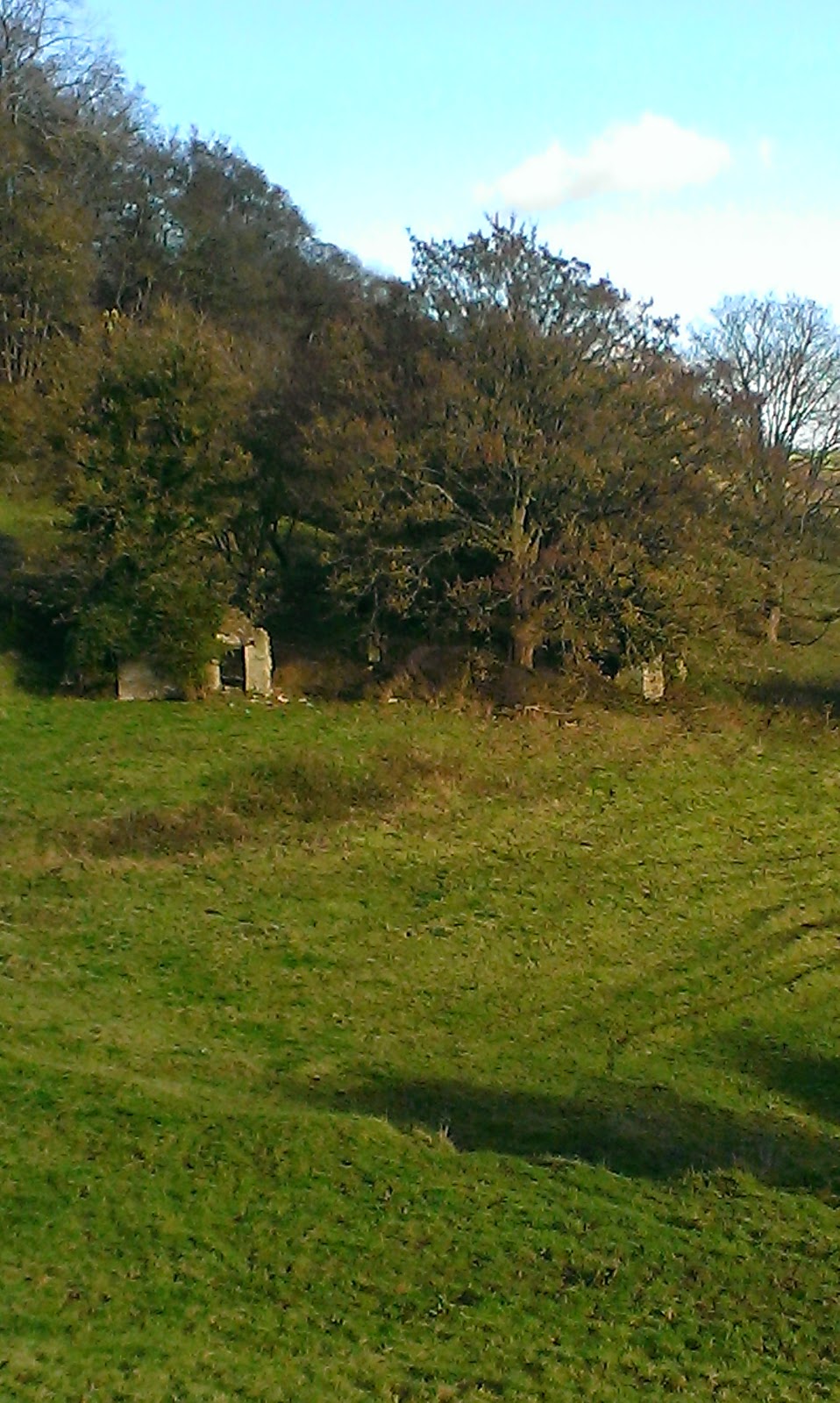 If we are to move beyond the long-running position of stasis in the relationship between the wider population and the physical environment in which they live, if G.K. Chesterton's "people of England, that have never spoken yet" (as proxy for people everywhere) are to be awoken from their deep coma of complacency, fatalism and inertia and move beyond reductive visions of the country versus the city, then we could make a start by telling our social history like it really was: the landscape as much a setting for radical transformations as apolitical continuity and conservative evolution. The real story of why and how people left the land, how common land rights and responsibilities operated (and their limitations), how enclosure revolutionised the landscape and "in taking the commons away from the poor, made them strangers in their own land" (as outlined in E.P. Thompson's Customs in Common), and so forth. This is not about looking backwards - yearning for a golden age that never existed. To quote Thompson again "We shall not ever return to pre-capitalist human nature, yet a reminder of its alternative needs, expectations and codes may renew our sense of our nature's range of possibilities".

So, can I glimpse a possible future in which I would be able to wander these valleys and pass by numerous small communities, their endeavours part of the daily rhythm of a landscape in which they had a stake, freed from wage slave dislocation from their surroundings? Would these green images be enhanced by peopled colour? Wonder at the beauty to be found in the countryside untempered by the melancholy thought that I am merely observing the relics of human activity and there is no one here to enjoy it but me. Perhaps this sounds a little too like Thomas More's Utopian Republic; the idealised pastoral socialism of William Morris in his novel News From Nowhere. Well I'm a dreamer, and maybe that's no bad thing. What thoughts a walk in quiet country can provoke. 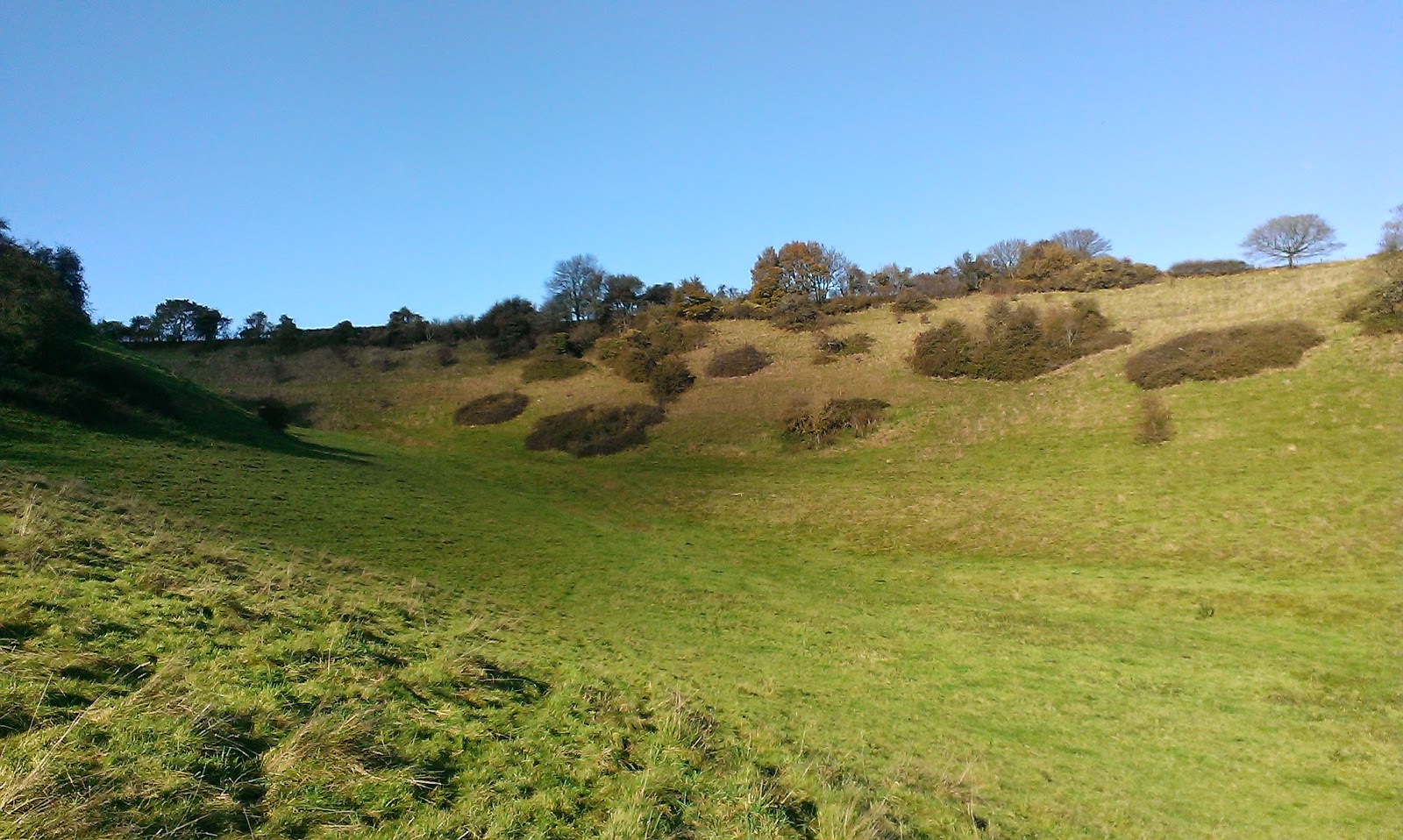 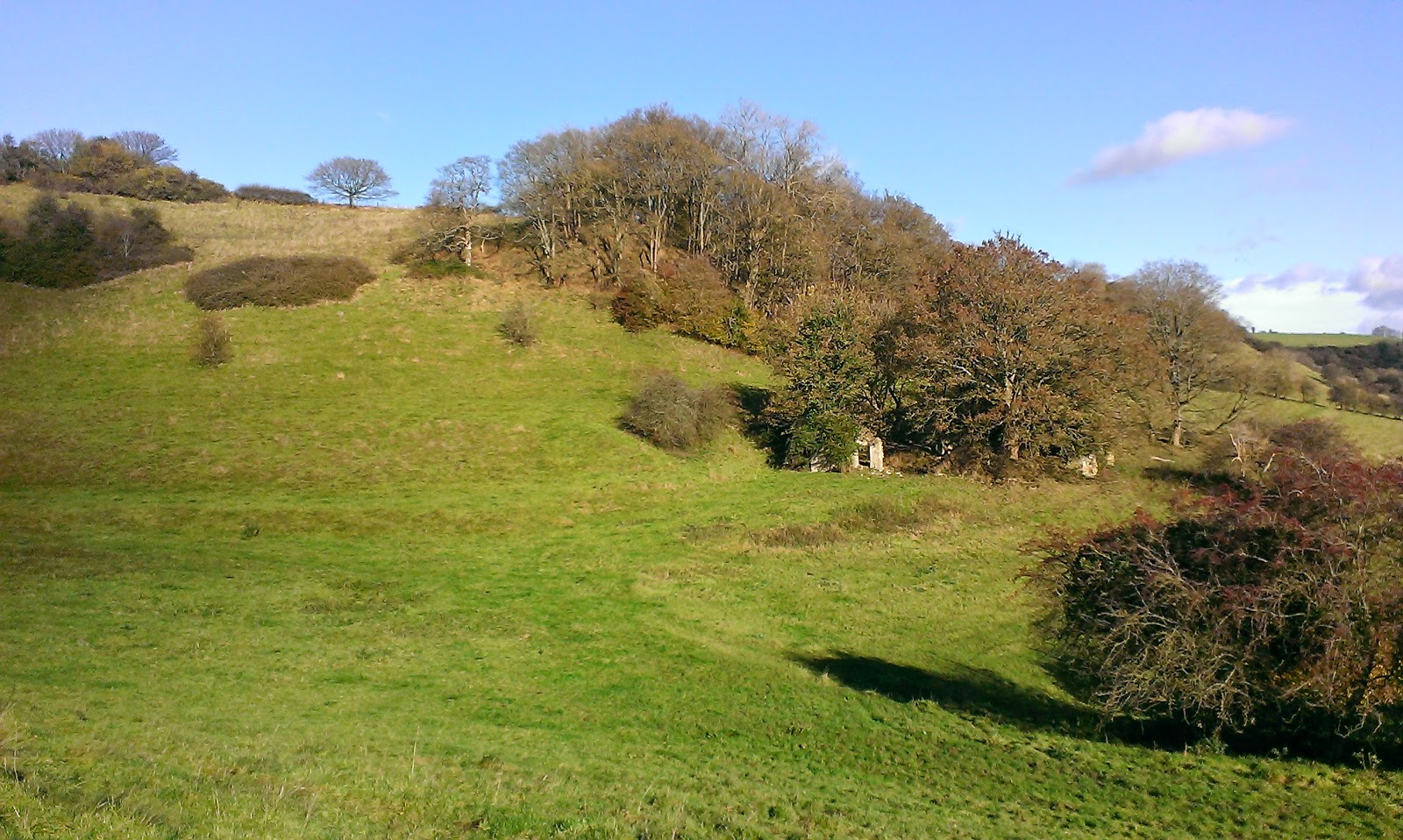 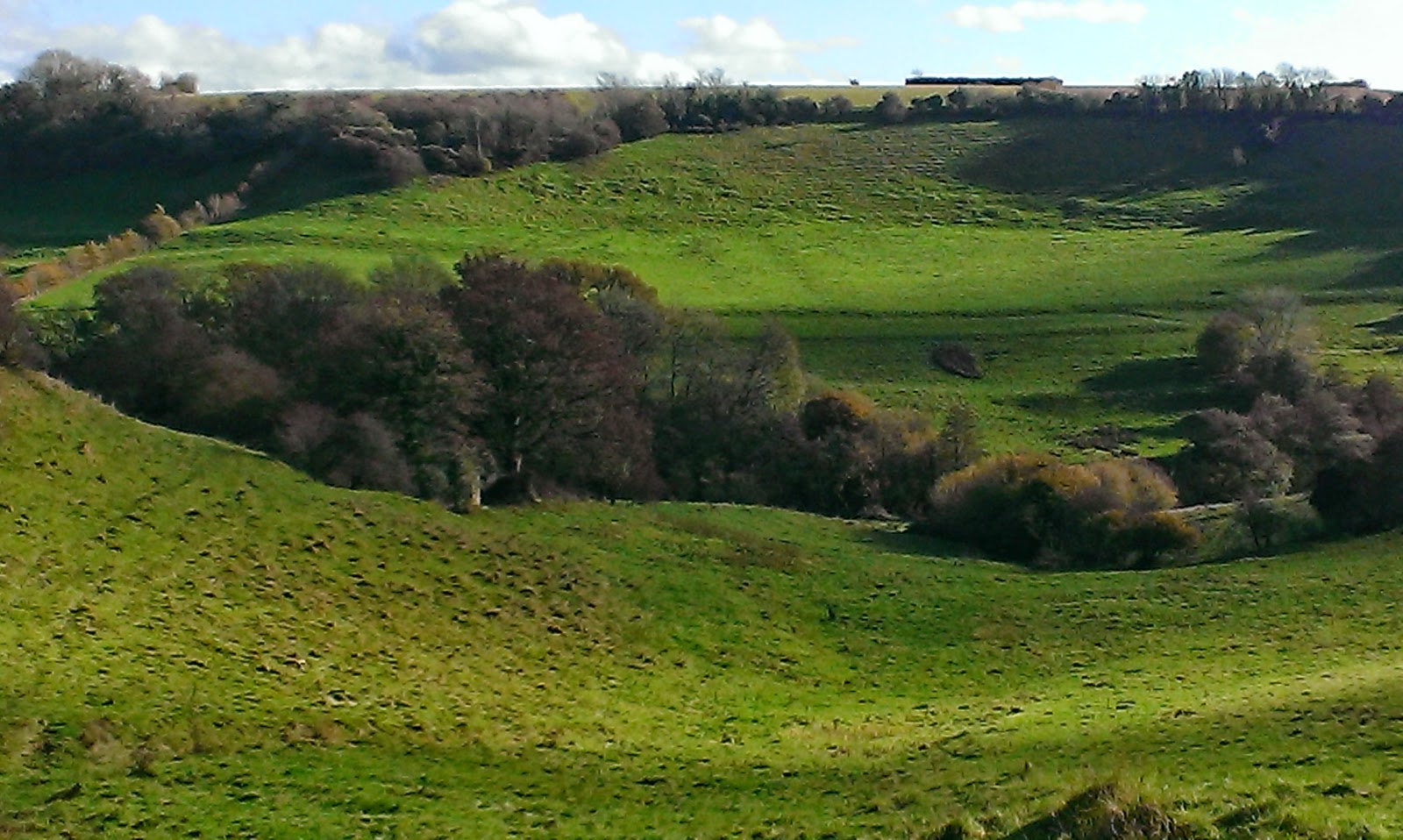 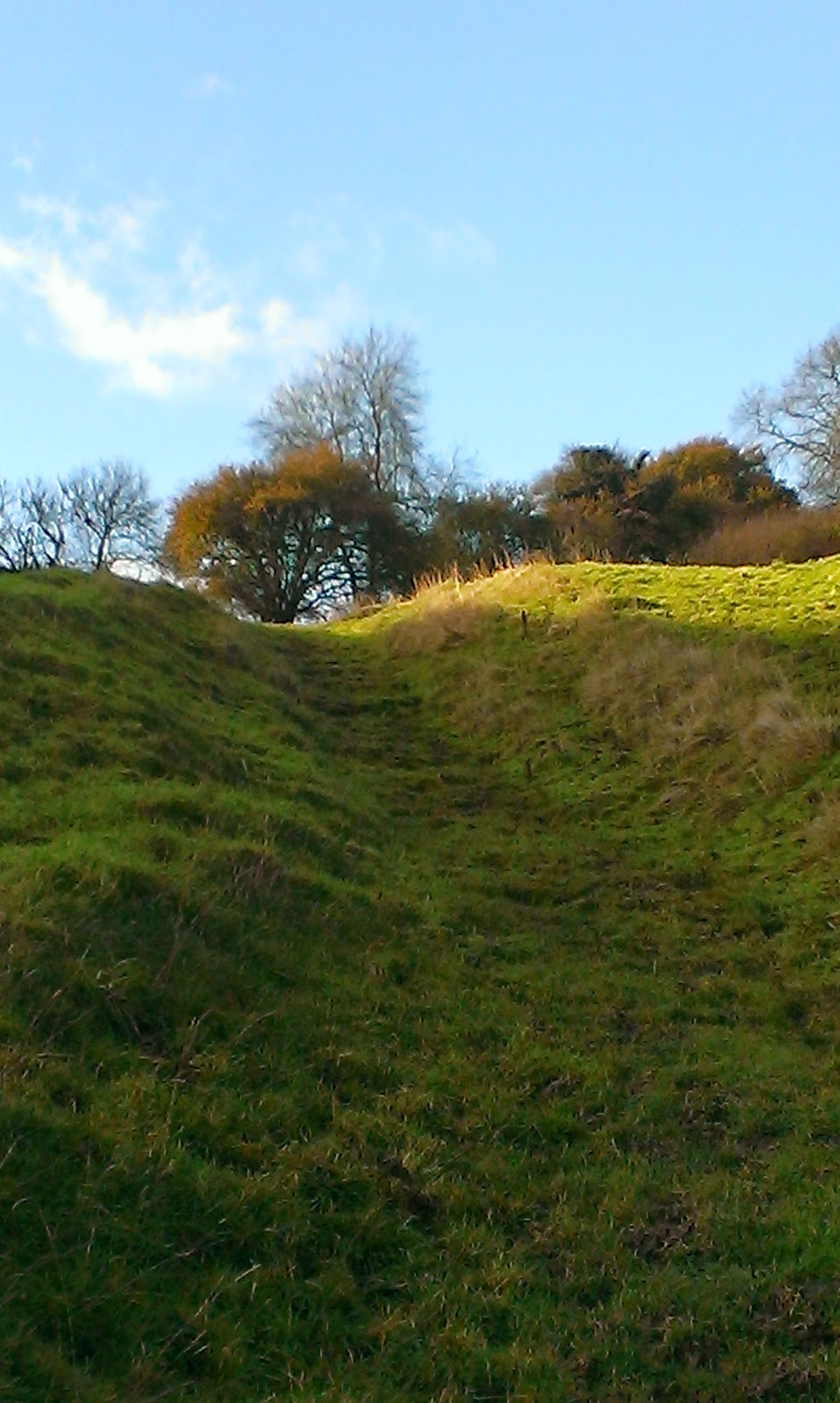 Morris, W, 1993. News from Nowhere and Other Writings. Penguin.